At that time, the panorama regarding the preservation of the environment and the commitment to clean energies, it can be said that it was rather an illusion, since neither society was fully informed, nor were the directives on renewable energies barely developed.

From that illusion, Francisco’s involvement in this world of Green Energy was born. A world in which it decides to trust, betting on it with the creation of the company Generaciones Fotovoltaicas de Castilla La Mancha (GFM) and currently with the constitution of the GFM Renovables Foundation.

“After dedicating myself individually to different traditional activities both in Toledo, at provincial level and in the Community of Madrid, we became interested in renewable energies as a whole, we saw their potential and we decided to start a journey that today is twenty years old.
Since then we have worked on projects of Wind Energy, Photovoltaic Energy, Electric Mobility, extraction and purification of Water through renewable energies and a long etc., managing to scale in our scope of action, to the point of being present, at present, in four of the five continents.

To this day, I am proud of the achievements that have been achieved in the company that, with great enthusiasm and effort, we set up twenty years ago. My wish is that we can continue working for many more years in clean energies, employing people who are excited about renewable energies and contributing to sustainability and improvement of the environment ”.

At that time, the panorama with respect to the preservation of the environment and the commitment to clean energies, can be said to be more of an illusion, as neither society was fully informed, nor were the directives on renewable energies barely developed.

As a result of this illusion and Vicente’s ability to realise the need for and potential of generating Green Energy, his involvement in the world of Renewable Energies was born. A world in which he decided to place his trust, and he did so with the creation of the company Generaciones Fotovoltaicas de La Mancha (GFM) and currently with the constitution of the GFM Renovables Foundation.

GFM Fotovoltaica’s ideologist and with more than twenty years of work in favour of the promotion and integration, both at a technical and social level, of Renewable Energies.

“In the year 2000 I discovered how fundamental renewable energies would be for sustainable development and the future of our planet. I have carried out field work selecting sites both for wind energy, at first, and for photovoltaic energy a few years later, contributing, to the extent of my small collaboration, to the fact that today more than 35 Mw. are operating between photovoltaic solar energy and wind energy.

After these twenty years of dedication to the company, of which I am a partner, together with Francisco Comendador, we have created The GFM Renovables Foundation with the main objective of activating and increasing, even more if possible, the social aspect of Renewable Energies. Our mission is to provide the necessary means so that all people have access to one of the fundamental rights, which is to have light and water. We will do this by making our training capacity available to the user, so that everyone understands the scope of what it means for humanity to generate our own energy.

In short, we want everyone to love Renewable Energies as we do. 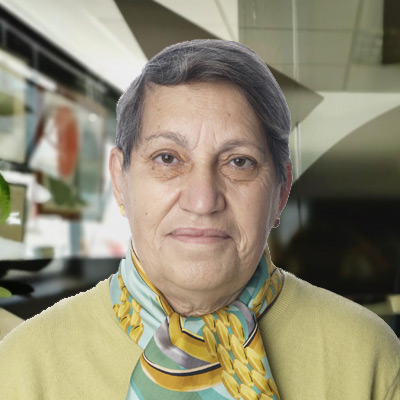 She has developed her professional career both in the private sector and in the public sector.

Notable are her positions as Manager of the Control Body of the company Itevelesa, a leading Spanish company in the industrial safety sector and specifically in the technical inspection of vehicles, as well as General Director of the National Institute of Health Management (Ingesa) from 1996 to 2000.

Within the General Public Administration, she has held different positions of great relevance, highlighting the work carried out in the Communities of Madrid and Castilla La Mancha.

Among her positions can be highlighted:

Official of the Superior Corps of Industrial Engineers since 1984.

Ministry of Industry and Energy: Department of International Industrial Relations (1984-1992)

Community Board of Castilla-La Mancha: Head of the Energy Service of the Regional Ministry of Land Management and Housing, being in charge of the development of the regional wind energy program and later of the photovoltaic program from the year 2000 until her retirement in 2013. 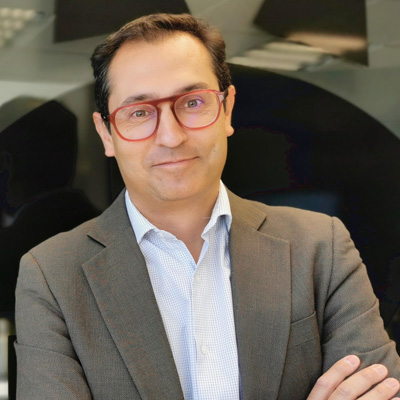 Most of his professional career has been spent in technical sectors, focusing the last ten years on the energy sector.

Thanks to the performance of his responsibilities, to a greater extent as General Director and commercial director of different companies, he has been fortunate to visit different countries and thus be able to know first-hand the needs of other cultures, of other ethnic groups. This has led him to have, indeed, a greater understanding to the importance of the help that developed countries can provide to improve the lives of these people in need.

“I believe that a better world is possible, and I believe that we have tools to help. My technical and managerial profile means that I can understand and analyze projects from the first conversation with the community in need until the implementation of the final solution in the field. It makes me happy to see how our work has an impact on improving people’s lives ”.

At present, Javier holds the position of general director of the company Generaciones Fotovoltaicas de La Mancha, having among his missions the projection and international development of the company abroad.

His previous positions include:

Mr. Luis Martín Gómez graduated in Economic and Business Sciences from the University of Castilla La Mancha in 1993, specializing in Business Management and Administration through a Master’s degree at the Center for Financial Studies in Madrid.

Throughout his professional career, he has held different jobs related largely with the finance, tax and accounting department of various private companies.

It is remarkable his effort as entrepreneur and for his search for new business challenges, being his first job as Founder-Partner and Manager of his own company where he performed management tasks despite his youth and little work experience.

He currently holds the position of Deputy Director General in the company GFM Fotovoltaicas and is responsible for the HR Department. Functions that he makes compatible with that of Advisor to the GFM Renovables Foundation. He is working continuously to improve the Environment in a sustainable way so that we can all have a better quality of life on a cleaner planet. 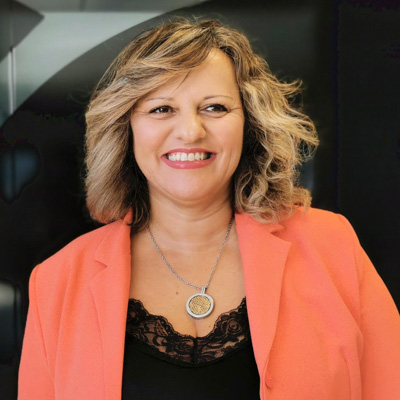 Ms. Teresa Tarjuelo graduated as a specialist in Administration and Commerce in 1992.

Throughout her professional career, she has held different jobs related largely with the financial department of various private companies.

Teresa’s ability to develop within each of the companies of which she has been a part should be highlighted; she has always being promoted from manager positions to management positions.

Currently, since 2015, she is Financial Director at GFM Fotovoltaica. Functions that are compatible with that of secretary of the GFM Renovables Foundation.

“I believe that we can all contribute to get our goals working together, I trust people and we still have time to make a change and take care of our planet because it is the only one we have. Together we can achieve it and I am willing and ready to do so “